Confirmation Bias - Why you talk yourself into things

When I was a teenager, my best friend had a dirt bike.  He lived out of town and rode it on his family farm and in the adjacent pine plantations.  He constantly talked about it.  His stories of where he went and what he did were infectious.  I wanted one.  Badly.

I ignored the two early signs that this desire was doomed to failure.  Firstly, my parents didn’t approve.  But, this was too be expected and made the prospect more appealing.  Besides, it was better to ask for forgiveness than permission.

The second hurdle was more substantial.  I lived in town and had nowhere to ride a motorbike.  While I could ride it on my friend’s farm, there was the issue of getting it there.  Not only didn’t our family own a trailer, but I couldn’t even borrow one as our family car didn’t have a towbar.  There was also the small issue that I was too young to drive.

Nevertheless, I washed cars all over the neighbourhood.  I mowed our lawn so often it became dirt with a tinge of green.  Eventually, I saved up what should have been enough to get my very own dirt bike.

The problem was that I couldn’t find a bike for sale.  Not in town anyway.  There was one at the local dealership, but it was too expensive.  As were the new ones they had in stock.  And I had no way of getting to those in other towns.

With my savings burning a hole in my pocket, I asked around.  Finally, someone’s cousin’s friend had a bike for sale.  From the information I had, it was the right size.  Not too old, and most importantly, the right price.

However, when I went round to view it, I learned it was far older.  Unreliable.  Abandoned in the backyard for many years.  It was in disrepair.  The owner wouldn’t budge on price.  Still, I bought it.  Why?

I didn’t know it at the time, but the reason for my poor decision was confirmation bias.  Like all of us, I tend to process information by looking for, or interpreting, what is consistent with my existing beliefs or desires, while ignoring anything to the contrary.

If it has such adverse effects, why do we have confirmation bias?  Because it’s an easy and efficient way to process information.  During our development, our brains form pathways that help us to identify patterns and to categorise information.  When we’re in danger, it is our instinctive, almost automatic responses, that keep us safe.

Consequently, when faced with something new, our brains use these pathways to make sense of our situation.  An unintentional side-effect of quickly processing information is that we focus on what we expect to see and ignore the rest.

However, confirmation bias not only affects the information we process but can impact how we interpret and recall it as well.

In his experiments, psychologist Peter Cathcart Wason demonstrated that people generally seek information that confirms their existing beliefs.  Unfortunately, this type of bias can prevent an objective assessment.  Furthermore, it can influence the decisions we make and can lead to bad decisions.

## Why the World is Flat

Then, almost 500 years later in 1969, the Apollo 11 astronauts sent back this iconic image: 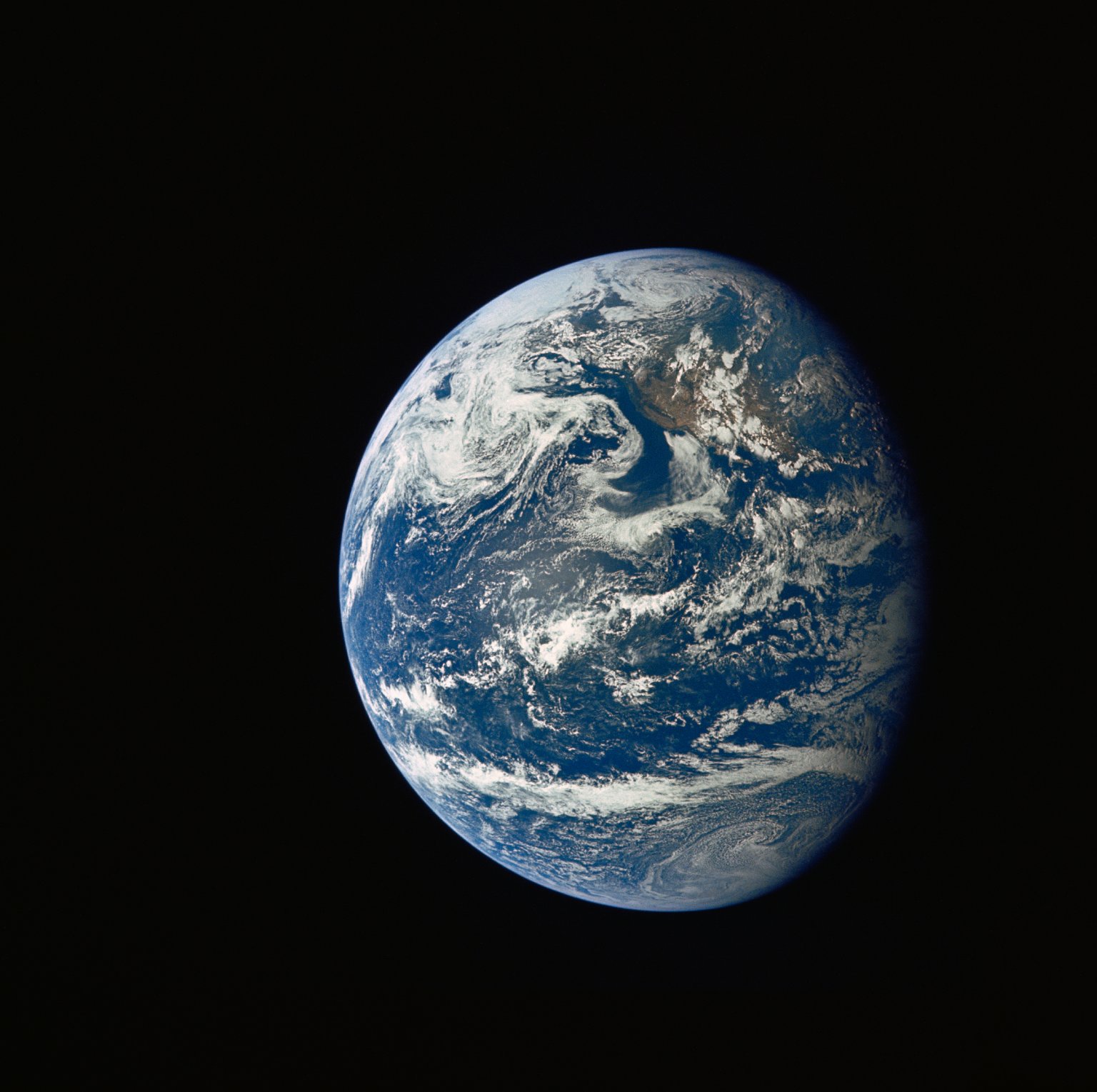 How then, do people still believe the world is flat?

Members of the Flat Earth Society maintain that it is, basing many of their assertions on their own experience.  When we walk or travel on Earth, it looks and feels flat.  Therefore it must be flat.

In their view, the world is a flat disk with the Arctic at the centre and Antarctica forming an ice wall around the perimeter.  What lies beneath the disc is unknown, but the consensus is ‘rocks’.

Gravity, which is due to the Earth’s mass, is said to be an illusion.  Instead of the force of gravity drawing objects to the Earth’s surface, flat-earthers believe objects fall because the earth disc is accelerating upwards.  The source of this propulsion?  Dark energy.

Similarly, elaborate theories are used to dismiss other evidence that contradicts their view.  Such as, but not limited to, the path of the sun, the lunar cycle, solar eclipses, and GPS.  And of course, the photo above is a fake.  It’s cheaper to doctor a photo than send men to the moon.

Underlying such radical ideas is our tendency to seek out information to not only support our beliefs but to also interpret news and stories in a way that upholds our existing views.  We tend to remember details in a way that reinforces these attitudes.

Another example would be a horoscope.  When someone gets everyone to agree to keep the peace, a believer may say this was because the person is a Libra, and ignore that fact that they did so in a confrontational and impatient way.

Additionally, our ego can alter our actions.  Consciously or not, we can protect our self-esteem by reinforcing that what we value is correct, that we are intelligent, right and make good decisions.

We are also likely to show bias in how we interpret a situation when the result is important or relevant to us.  If you’re unsure of this, watch the reactions of opposing fans to a controversial penalty decision.‍

Unchecked, the consequences of confirmation bias can be severe.  In criminal law, our biases about a person or situation can affect both whether we believe them capable of the crime and the importance we place on different pieces of evidence.  Even something as reliable as an alibi can be dismissed, with disastrous consequences for the accused and the investigation.

Or perhaps your doctor sees a familiar pattern in your symptoms.  If you have a running nose and aches, that’s not too much of an issue, but what if it’s something more serious?  The doctor’s initial idea can shape the questions they ask you, the tests they run and, ultimately, their diagnosis.

Confirmation bias also changes the impressions we form.  If I told you the woman you are about to meet is an outspoken businesswoman, you’d look for those qualities when you meet her.  Further, you’ll ask her questions based on your preconception.  You’re far more likely to ask her opinion on a topical business issue than the last Netflix series she watched.

This may seem like an innocuous example, but consider how it applies to who gets hired.  After reading someone’s CV, you automatically form a view of their capabilities based on your own experiences and beliefs.

If you’re not using standard interview questions, what you ask the candidate will undoubtedly be influenced by your biases.  Unconsciously you may ask favourable or difficult questions, shaping the interview.  Whatever the outcome it will not be fair, impeding your ability to select the best person for your job objectively.

Confirmation bias may be an unwanted part of daily decisions, but for the most part, it won’t cause any harm.  However, when making decisions that can impact you or others, it’s important to aim to be objective.  Take a step back, look at what information you’re gathering and if you’re seeing what you want to see.  It’s far better to take some extra time to make the right decision rather than trying to correct a wrong one.

Which brings us back to the dirt bike.  With the benefit of hindsight, I know why I did what I did.  I wanted to fit in and thought the bike would help.  My desire for this was so great that I focused on what the bike could give me and ignored the countless things wrong with the specific bike I was buying.

Inevitably, the bike was a nightmare.  I rarely got a chance to ride it, and when I did, it would break down.  In the end, I sold it for half of what I paid.  A loss equivalent to numerous hours behind the lawnmower.